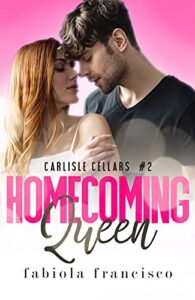 She left town years ago to pursue her singing career. He was left heartbroken. When she returns, will they get a second chance or will her secret ruin their chances?

Madison left me with a broken heart and not even a backward glance. She was everything to me until she chose her music career over our relationship. I would’ve followed her to the moon, but she didn’t give me a choice.

Now, she’s back in our small town, but she’s nothing like the carefree girl I loved. Despite the anger I feel, I still care about her.

Something isn’t right, especially when I hear she’s abandoned her career in the music world. I’m determined to get to the bottom of it.

The truth about why she is home is even worse than I could’ve imagined, and I vow to protect her. Her secret is safe with me. She’s safe with me.

She says she’s broken, but I’ll prove to her she can heal. I only hope I don’t lose her in the process.

Homecoming Queen is an emotional romance. If you like swoony heroes, small towns, and twists and turns, then you’ll love this second chance romance.

Tell Me You Want Me by Willow Winters: Released August 24th 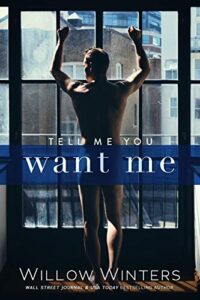 I didn’t get to where I am by being nice.

I’m the boss, the CEO, the owner of whatever I want.

Right now, that includes every person in this building of the company I just bought.

I stop at nothing once I’ve decided I’m taking something.

And then she showed up… full of spitfire just for me, the man she’s decided is her worst enemy.

Like I said, I stop at nothing once I’ve decided I’m taking something.

This pretty little thing just moved to the top of my “must acquire” list. 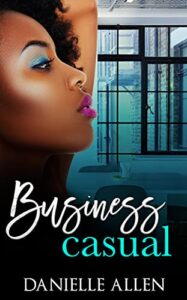 It was supposed to be one night only.
It ended up being the best night of my life.
And everything that happened after that was against company policy.

Falling For The Girl Next Door by Melissa Schroeder: Released September 9th 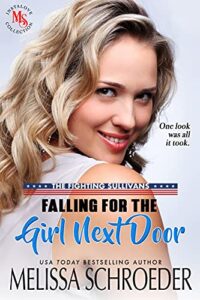 Alyx Sullivan finds that opposites attract in the most delightful ways.

My siblings give me crap about being the one with the bad temper. I’m not denying it. I say I make it work for me. Especially with my neighbors. They’ve all stopped making eye contact with me in the elevator, and I like it that way.

She’s my next door neighbor, teacher of little people, and all around happy person. She probably wakes up smiling and happy. The first moment we met, I wanted her, but I am not a man made for happily ever afters.

So I’ve been as rude as possible to her, but she just doesn’t care. And with each interaction, it’s harder to resist the need I have for her. She’s wholesome and pretty and I just want to do all kinds of wicked things to her and with her…just EVERYTHING.

And in one moment, I give into my desires and let’s just say…MIND BLOWN…along with other things.

Only, Lizbeth has a secret she’s been keeping, one that could have deadly consequences. 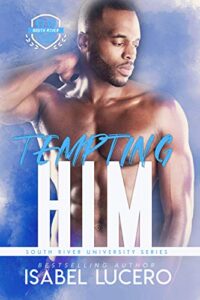 When my dad called to lecture me about how it’s time to settle down, quit partying, and get a job that will actually prepare me for life after college, I agreed. Mostly.

After spring break, I’ll buckle down and be ready to work, but until then, I’m getting my fill of fun. Which is why when I spot an attractive man sitting alone at a bar, I approach him with the hopes of being able to tempt him into a night full of pleasure. After all, being with an older guy is just about the only thing I haven’t done.

When I wake up in his bed with a note that makes it clear he doesn’t intend on seeing me again, I take it in stride. But when I show up to the job my dad set up for me, it turns out my new boss, Aleksander Drakos, is the guy who thought he’d be done with me after a one-night stand. On top of that, apparently he’s a friend of my dad’s.

Trying to remain professional is pointless. Working with him day after day is just too tempting to not have another taste. 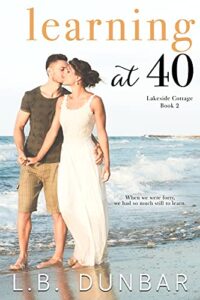 She didn’t want a one-night stand. He couldn’t promise more than a ten-day fling. Sometimes compromise is all you need.

Zack Weller is timely, orderly, and meticulous. Too bad his seven-year-old, twin sons are hellions. With his divorce final, a two-week vacation beckons him to his best friend’s cottage. Unfortunately, he can’t help the magnetic pull of memories from the house next door—the one that was once his childhood home—or fight the force of nature in the naked woman sunbathing in that backyard.

River Nagle is a free spirit. She understands the trials and tribulations some people face and offers the compassion to deal with them head on. When she inherits a lakeside home, she takes the blessing for what it’s worth: a gift and a new beginning. Until one day two little boys make themselves at home in the tree fort in her backyard and she meets their hot, growly dad who steals her wine, her time, and her heart.

Newly divorced, single father grump meets a ray of sunshine, next-door neighbor in this small town, second chance romance where learning to love over 40 works with the right teacher. 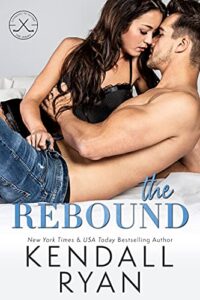 What could be more wholesome than helping his new neighbor Kinley? She’s beautiful, funny and newly single. (Score!)

There are rules about this kind of thing.

But rules were made to be broken…

Contents include: A dreamy AF hero, a bad boy trying to be good, a good girl who likes him naughty, oh, and a bun in the oven. 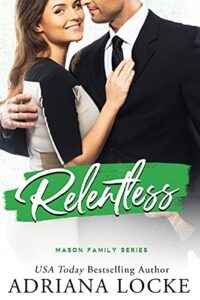 I should’ve taken her insurance information and driven off like any reasonable CEO with places to be would.

She crashed into my car, for heaven’s sake. Because she had to sneeze.

What did I do? I didn’t get in my car and drive away if that’s what you’re thinking.

Nope. I stuck around. I could suggest I stayed because she needed help, but the truth? She was really, really hot.

We became fast friends. Then friends with benefits. Before I knew it, we were involved in an illicit office romance that had me fumbling through a drawerful of panties to get a Post-It.

It was supposed to be easy—a fling, if you will. A dashing millionaire hero (*adjusts tie*) and a beautiful (stubborn, frustratingly independent, hell-on-wheels) damsel in distress. (Don’t tell her I said that.)

It wasn’t supposed to be forever, but we did want a happy ending. (Pun intended.) We could’ve made it work, too.

But one of us overcomplicated things with the L-word. And the other? They omitted a truth that changed everything.

Not So Charming by Fabiola Francisco: Released September 1st 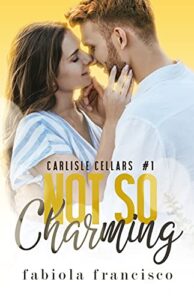 I vowed never to return to my hometown and the people who live there. Now, unemployed and needing a place to live, I move back with my mom, promising myself that it’s only temporary.

When small-town charmer, Miles, thinks his charisma will work on me, he’s got another thing coming. I want nothing to do with him and what he represents in this town. He’s everything I ran from when I left and never looked back.

Miles is persistent in his pursuit, no matter how many times I turn him down. What could a guy like him want with a girl like me? We come from two different worlds—one where mine serves his.

But I need a job, and his family’s winery is the only place hiring. Working alongside him, I see a different side of him that I thought was nonexistent.

Hatred turns to curiosity, and soon I’m wondering if there’s more to the man I thought I knew growing up.