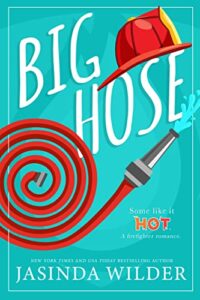 Putting out fires is more than just a job, it’s my passion in life. There’s no time for anything else but the job…until I meet her. And now I’m on fire for her, only there’s no hose big enough to extinguish these flames.

She’s too hot to handle, and I’m about to get burned.

Saving lives is what I do. As a career paramedic married to the job, I’ve never thought much about my love life—or my lack of one, if I’m being honest—until it’s his life I’m worried about saving. Now I’ve got a scorching hot firefighter burning up my life and setting my body on fire. No matter how hot he is or how hot things are between us, however, there’s one rule in my life which I refuse to break: Never date a fireman.

Will we find each other in the flames of this romance, or will we simply add another scar to the collection? 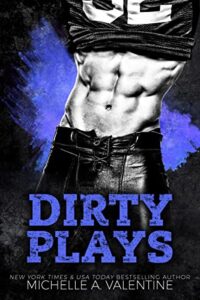 Zayn and I have been working hard to keep the relationship between us a secret. If we’re discovered after the Devil’s football organization forbid him to have any romantic relationships, he risks a possible suspension.

Zayn’s way of concealing our relationship is passing me off as his niece in order to explain why we’re together all of the time until the season is over. This crazy plan might just work if my ex, who is also Zayn’s nephew, stops trying to win me back and keeps his mouth shut.

This book is intended for an adult audience due to strong language and naughty situations. This book revolves around a curvy, sassy heroine and a possessive alpha male. Dirty Plays is the second book in the Florida Devils Series and the books MUST be read in order. There is discussion of childhood abuse, suicide, and domestic violence but not actual depictions.

Wrong Side by HJ Bellus: Releasing by May 11th 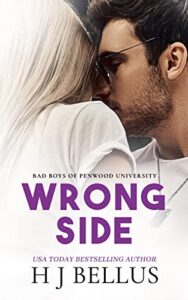 Everyone knows the Bad Boys of Penwood University dominate campus life with their power to make or break anyone they want. Sadie Alexander never thought she’d end up on their radar. All she wanted was to escape her childhood, and Penwood was her ticket to a new life. But Theo Hudson, the number one Bad Boy and all-star football player, makes it clear he has his sights set on her.

She’d heard the stories, knew the warnings, yet Theo makes it impossible for her to run the other way. The harder she fights to keep her distance, the more determined he becomes to have her. But Sadie isn’t willing to risk everything she has worked so hard to achieve for a guy with a reputation.

The deeper Theo manages to slip into her life, the tighter Sadie gets wrapped up in the unraveling secrets around her.

In the end, Sadie is forced to answer one question … was he worth it? 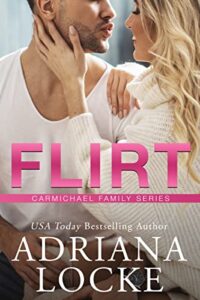 I’m a single female who’s tired of relationships ruining my life. However, there are times when a date would be helpful. If you’re a single man, preferably mid-twenties to late-thirties, and are in a similar situation, we might be a match.

Candidate must be handsome, charming, and willing to pretend to have feelings for me (on a sliding scale, as the event requires). Ability to discuss a wide variety of topics is a plus. Must have your own transportation and a (legal) job.

This will be a symbiotic agreement. In exchange for your time, I will give you mine. Need someone to flirt with you at a football party? Go, team! Want a woman to make you look good in front of your boss? Let me find my heels. Would you love for someone to be obsessed with you in front of your ex? I’m applying my red lipstick now.

If interested, please email me. Time is of the essence. 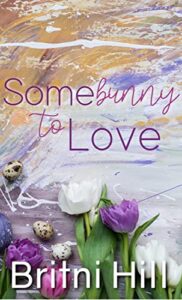 Madison Torres is only in Blossom Row to watch her niece for a few days. And to clear her head. A little lonely and a bit confused, she’s outgrown her job and wants to focus on her art in a more fulfilling way. She’s single but waiting until she’s settled to look for the perfect guy. Too bad she keeps running into the same too good-looking grumpy guy around town.

She should fight the attraction because she’s only in town for a little while.

Dane Reed is a single dad to an awesome little boy. He’s got a routine and sticking to it is the only way he makes it through some days. The last thing he’s expecting is a black-haired beauty that’s way too young for him. Too bad she seems to be everywhere he goes.

There’s no reason to fight it.

After all, everyone is looking for Somebunny to Love. 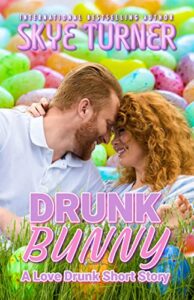 When Noah is swindled into playing the Easter Bunny for a charity event before his band’s gig, the last thing he expects is to get trapped with the hot, indifferent bartender.

Nina only wants to bartend at the event to raise money for the hospital, make good tips, and head home to her empty apartment for some well-deserved rest. Getting locked in the storage room with the sexy as sin, ginger bass player dressed as the damn Easter Bunny is not in the cards.

Between their confinement, close proximity, and popping some bottles to ease the tension will they finally give in to what’s been brewing between them? Or will they simply hop off alone at the end of the night?

*Drunk bunny is an Adult Romance and is the fourth book in a BRAND NEW Spicy Romantic Comedy Short Story Series. All books will be New Adult to Adult content and are between 8K-10K words. 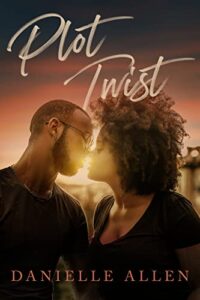 Breaking up is hard.

Breaking up with the love of your life is harder.

Falling in love after heartbreak is the hardest.

And Kendra Davis didn’t see any of it coming. 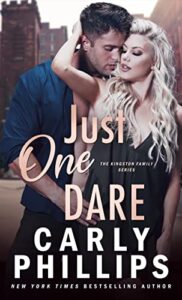 A one night stand with no names exchanged.
Six years later, she comes face to face with her baby’s father again.

Aurora Michaels isn’t the same girl she was that spring night. No longer homeless and living in the back room of a diner where she worked, she’s now a member of the wealthy Kingston family. She has her daughter, a career and has adjusted to her new normal.

Billionaire Nick Dare is a man who takes charge. He runs the hotel arm of the family empire and his life revolves around business and travel. A quick stop at his brother’s movie premier has him doing a double take.

The woman who haunts his dreams is there. He’s been given a second chance and is determined to make the most of it.

When he learns about their daughter, Nick becomes a man on a mission. Aurora and their child are his. Even if he has to knock down Aurora’s emotional walls to prove it. 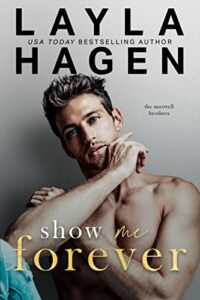 I moved to Chicago six months ago, determined to finally open my own bakery. My landlady was this sweet woman who treated me like her granddaughter.
Then she sold the house. Now the devil himself is my landlord and neighbor since I live in the guesthouse on his property. Declan Maxwell is moody, unreasonable, and takes himself far too seriously. Unfortunately for me, he’s also damn sexy.

When he shows up on my doorstep in the middle of the night ordering me to turn down the music, I give him hell. Secretly, I’m also checking him out. We go toe to toe like this almost every night.
The man is impossible. But here’s the thing. I need a place to stay while I save for my business and this place is a steal. So, I need to put up with this handsome devil, though from a distance—because he’s far too gorgeous.

Then one day I come home injured from work and he surprises me by taking care of me.
And kissing me.
And just like that, all my best intentions go up in smoke.

Shut Up and Kiss Me by Lauren Blakely: Released March 25th 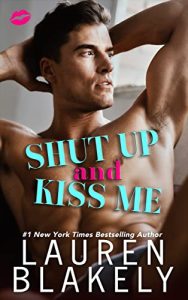 A best-friends-to-lovers, second chance, only-one-bed-in-the room romance!
How to resist sleeping with your best friend when you’re stuck in a hotel room with the charming, glasses-wearing hottie.
1. Slather your face in a grapefruit mask
2. Wear a big, fluffy robe
3. Make him do the same.
Oops. Too bad our libidos have other plans.
But after a night of epic, soul-shattering banging, I’ll have to wrestle the sex genie back into the bottle the next morning when I get the big news. Nolan and I just landed a once-in-a-lifetime for our scrappy online restaurant review show. We’re going to New York for a month and we’ll be together in a hotel all the time.
I’ve already lost my best friend once, so I’ll do whatever it takes to resist thoroughly delicious Nolan again.
Until I learn whatever it takes might cost me everything.

SHUT UP AND KISS ME is an MF, dual POV, friends to lovers, sexy, emotional standalone romance!