Tiberius Vesey didn’t plan on being a teacher, but when his grandmother and mother needed his help, he readily accepted the music teacher position at RAW. He didn’t realize he’d made a lifelong enemy by taking the job.

When the kindergarten teacher and music teacher find themselves in a situation where they must work together, will the hostile teachers work in Harmony? Ava and Jasper have danced around their attraction to one another for the last two years.

What happens when they finally give in? When you’re a mental health professional, your job is to take care of everyone else.

But who takes care of you? 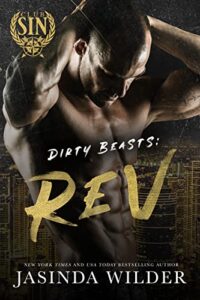 We are the cast-offs, the forgotten, the broken; we are dark, dangerous men haunted by our violent pasts.

The Guardian collects us, rehabilitates us, and gives us a new lease on life…if we follow a few, simple rules:

Once you’re in, there’s no going back; never take a life; loyalty to the brotherhood above all.

Seems simple, right? It is, until SHE stumbles into Sin.

Falling For The Boss by J. Sterling: Releasing September 1st 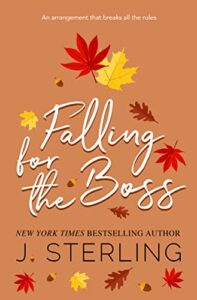 New York Times bestselling author J. Sterling brings you a story about a successful millionaire seeking a fake girlfriend in order to secure his company’s future. You’ll love falling for this entertaining and romantic read.

Joseph Martin has been my best friends’ boss for years. So when she comes to me, with this half baked idea of me posing as his girlfriend to help him out, I’m tempted to tell her to take a hike.

But then she begs.

And says that he’ll pay off my med school bills and… you guessed it, I cave.

Even though I hate him. Even though we apparently hate each other (I’m not the one who didn’t anything wrong, mind you). But things aren’t always how they seem and the guy I thought I couldn’t stand, I suddenly find myself falling for.

It was supposed to be fake. An arrangement with no strings attached.

So why can’t I stop wanting more? 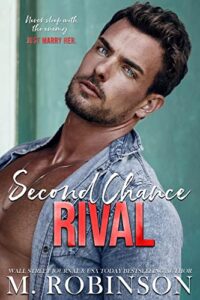 But I guess that’s why I’m the guy everyone loves to hate and she’s the town sweetheart. If they only knew the things she begged me to do when her father wasn’t watching.

Before they sent me away.

Before I broke her heart.

Before she hated me.

Now I’m back to claim what’s mine.

She didn’t have to love me… Hell, she didn’t even have to like me.

She just had to marry me.

But I intend to make sure she obeys. 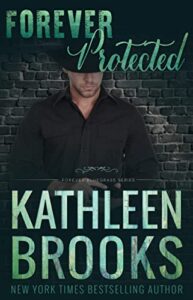 Parker Davies, former rodeo star turned U.S. Marshal, wants something he can’t have—Tilly Bradford. He had met the equestrian, fell for her, and then saw her name on a case that came across his desk. Suddenly he had to step back from the one woman he had wanted. Instead, he threw himself into the work of the task force he’d been assigned to—the one tasked with taking down the person responsible for financing the criminal underworld.

Tilly Bradford wasn’t like the rest of her family. She didn’t care about the generations of old money, the glamorous galas, or being the center of attention. She cared about show jumping and investing in small businesses. And Tilly certainly didn’t ever care to see Parker Davies, the man who had completely shut her down, again.

But then Parker went and kicked down her door. Handcuffs were used (and not in a fun way), bullets were flying, and criminals came out of the woodwork to take her out. Now it wasn’t just Tilly’s heart, but her life in Parker’s hands. The question was: what would he do with it, and would she even be alive to find out? 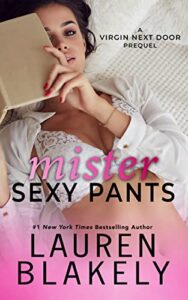 Note to self: When meeting a hot, flirty guy be sure to, ya know, get his name.

It might be helpful if you want to see the guy again.

Or, maybe try writing an anonymous s-e-x column about him and see if that gets his attention, starting it like this…

Hello, Mister Sexy Pants. Let me tell you about my fantasies. 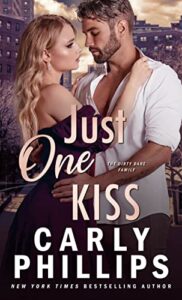 It was supposed to be one fun night of hot sex.

It turned into a second. Then a third.

Now Mother Nature is having the last word—with a secret baby surprise!

Jade Dare has done everything in her power to overcome her mother’s unstable influence. Changed her name. Became a success. Vowed never to risk passing on the potential for inherited pain. What has it gotten her? One fiancé who wanted her for money. A second who cheated on her with his brother’s wife.

Now she’s sworn off men. Or at least off serious relationships. But when the chance to indulge in a one night stand with a man she’s secretly fantasized about arrives, she jumps in. Only to land heart-first into a case of the feels she can’t bring herself to trust.

Knox Sinclair always suspected he liked his brother’s fiancé a little too much, that’s why he kept his hands to himself. But with ties broken and Jade all too willing, a no-strings-attached night sounds like a damned good idea.

Except one night isn’t nearly enough. But while Knox is busy convincing Jade they have a chance at forever, the past is planning one last parting shot.